The economic complexion of Singapore is quite positive for 2014. After having a lackluster 2013 for most of the year, Singapore has made a rebound with 3.7 growth in the last quarter of 2013, which therefore means it has a promising 2014 ahead of it. This is reflected by the salary increases for everyone in the country, including those in the lower income bracket. What's more, the forecast for 2014's growth is around 2% to 4%, depending on how well the Singapore economy goes for the first quarter. Regardless, the Southeast Asian "tiger" and contender should end up with better jobs and more opportunities for its workers.

Prime Minister Lee Hsien Loong and his administration are doing everything they can to go about a balanced approach when it comes to dealing with foreign workers, whose presence have riled up citizens (as evidenced by December 2013's Indian worker riots) yet have done quite superbly in underpinning the growth of the nation's economy. The Singaporean economy, according to the PM, has done splendidly. Its growth in 2013 was better than initially expected in light of all the global economic slowdown and the issues neighboring countries faced (if the economy of an ASEAN country or several suffer, everyone in the ASEAN region will be affected in one way or another).

Prime Minister Lee has this to say about the economy of Singapore in his New Year address to his people, "Our economy has done well. It grew by 3.7% in 2013; better than initially expected." Singapore was tested by all sorts of issues in 2013, but it was able to survive and move onwards to 2014 with Singaporeans' heads held up high.  The 2013 growth, in other words, is a good sign for bigger and better things to come to Singapore in 2014. It was in light with the official forecast last November of a 3.5% to 4.0% growth, give or take one or several percentage points.

This is huge in light of the fact that Singapore's economy only grew by 1.3% in 2012, so 2013's 3.7% growth is at least more than twice the growth rate as 2012's. As for the bad news, Singapore wasn't able to get 4.0% and above mostly because its manufacturing sector has been lagging when compared to the rest of the ASEAN region in the last few years or so. Therefore, to compensate, the country has become increasingly dependent on financial services and trade as well as property development and tourism. On January 2 of 2014, the government released advanced estimates for the fourth quarter.

Singapore remains one of the shining stars of the ASEAN region even with its anemic 1.3% growth in 2012 and its 3.7% growth in 2013 simply because it's a magnet for international companies. Many multinationals love investing in Singapore because of the lack of corruption, bribery, and reliable legal system that takes into consideration international rights as well as the rights of its own people (everyone's fair and there's no one being patronized, in other words). What's more, western companies invest in Singapore quite a lot in part of the fact that it has an English-speaking workforce as well, so nothing is lost in translation.

It also helps that Singapore has high-living standards, low-paid foreign workers from South Asia, generous tax incentive programs, and low tax rates. Contrast this to other ASEAN nations which have excessive patronage of local goods and a taxing system that's tilted too much in the favor of the locals, therefore it's detrimental to stimulating foreign investment and startups, and it's quite clear why investor confidence is still quite high when it comes to Singaporean business transactions on an international level.

If you wish to become part of the Singapore business landscape, consult with Servcorp immediately. This virtual office and corporate registration service provider is a godsend for all the startups who wish to establish their presence in Singapore. 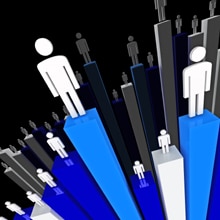