Out of all the countries in the world, Singapore is one of the few that managed to change its status from a 3rd world nation to a 1st world one in less than half a century. A former colonial outpost that started out relatively poor has now prospered significantly, and its inhabitants are reaping the rewards. In fact, the country now ranks number 3 on a global scale of average annual incomes. While, of course, not everyone in the country is rich, Singapore does have a high proportion of wealthy individuals. More than 15% of households in the country have an annual income of over 1 million dollars.

The government has done everything possible to encourage financial success and bring in wealthy people from other parts of the world to the country. Compared to most other countries in the South East Asia region, both corporate and personal income taxes are very low. This gives people more disposable income, which they then spend in local businesses, which further helps grow the economy and create wealth.

Many are asking: how did a country achieve such a high level of prosperity in a relatively short period of less than fifty years? The answer is a combination of many different factors. Unlike some other nations that have prospered economically in the last couple of decades, Singapore did not achieve its status by finding large deposits of oil, diamonds or gold on its territory. One of the reasons its growth began was simply the country's location, found along the Strait of Malacca. This happens to be a very active shipping route, with a huge number of Western ships passing through to reach other destinations in the region. Many ships would stop at Singapore's port to refuel, a practice that is still done today. Singapore's port is bustling with activity and is still among the busiest in the world.

The government put a lot of effort in making Singapore a hub, in which not only ships, but also airline passengers go through when en route to other destinations on the Asian continent. In the 1960's plans were made to further develop and modernize Singapore's airport, thus bringing it in line with 1st world standards. The airport has the capacity to handle the biggest planes and a large number of flights. Plus, it is now believed to be one of the cleanest in the world.

Singapore's economy is getting stronger day by day, with the manufacturing sector accounting for 20 to 25% of the country's output. But the manufacturing that goes on in the country is mostly comprised of high tech products. This has been accomplished by encouraging Singaporeans to join the high tech workforce through various government actions, such as a dramatic improvement of the country's secondary school and higher education systems in the last three decades.

Also, the country has sought to attract the very best from other nations. Singapore is a country that has an extremely high proportion of foreigners to local citizens. Approximately 40% of all people residing there are foreign nationals. Individuals from the West, but also from other countries in Asia, have flocked to the nation, bringing with them highly sought after skills. Many expats who come to Singapore are entrepreneurs who want to take part in the country's growing economy by creating a business. The government actively encourages foreign investment and expats who launch a start-up through measures such as tax breaks for new companies. Furthermore, the process to get a business running and to hire needed workers, either locals or expats, is fairly straightforward and above all efficient.

If you need help starting a business in Singapore, Servcorp is here for you. They have been providing corporate registration services in the region for over 30 years. 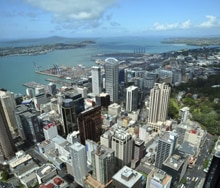